Paul, a Pharisee and one of most learned Jews of his day, had a profound affinity for Abraham.  Being the father the Jewish nation and culture, the name of Abraham carried significant weight when used as an example or a model for an argument.  Paul brought Abraham into the discussion on faith in Romans 4 for three key reasons.  First, faith is not something to be boasted about (4:1-2). Second, faith is not works.  We don’t do faith; we have faith. (4:3-8).  Lastly, faith unifies those who were previously separated into one family. (4:9-17).

Unpacking faith a bit more, Paul stressed that faith is far different from religious activity.  As he stated in vs. 4, “Now to the one who works, his wages are not counted as a gift but as his due.”  When we work, we have earned our previously negotiated reward.  There is an agreed upon exchange.  However, being unified with God cannot be accomplished by working the law because salvation – unification with God – is a gift not to be earned.  Paul stresses that Abraham was credited with righteousness (salvation) because of his faith, not adherence to the law.  He had faith in God prior to circumcision (a typology and eventual essential part of the Law). As he stated in vs. 10, “How then was it counted to him? Was it before or after he had been circumcised? It was not after, but before he was circumcised.”  Faith has the added benefit of uniting those who were thought to be eternally separated. In the Jewish mind, the only way for a Gentile to be brought into God’s chosen people was to lose their “Gentileness” and become ritually clean and circumcised before the Law.  However, Paul indicated that faith, because of Abraham’s example, brings everybody together. “That is why it depends on faith, in order that the promise may rest on grace and be guaranteed to all his offspring—not only to the adherent of the law but also to the one who shares the faith of Abraham, who is the father of us all, as it is written, “I have made you the father of many nations”—in the presence of the God in whom he believed, who gives life to the dead and calls into existence the things that do not exist.” (4:16-17) 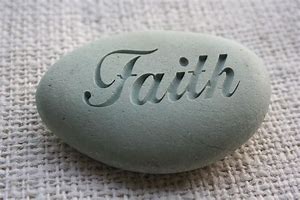 Language is a tricky thing.  We use words to give symbolic representations of concepts, actions, and objects.  Language is laden with cultural and historical subtexts.  Therefore, when translating ideas from one language to another, it is vital that the meaning of the original language is held onto and not lost.  Such it is when using the words believe and faith.  In Romans 4 (and elsewhere in Paul’s writings), these two words seem to be used interchangeably as synonyms.  Unfortunately, in the English language, the words can have a multitude of meanings.  Belief can mean putting trust into something such as “I believe my job will pay me next week” or “I believe in my son because he has good character.”.  Faith can also mean to have trust such as “I have faith that the mechanic will do a good job with my car.”  Belief can also mean an adherence to fact.  This can be demonstrated by “I believe that the Constitution of the United States was ratified in 1788”.  Faith can also have a different meaning, implying wishful thinking – “I know I was speeding, but I have faith that the police officer won’t give me a ticket.”

In Romans 4, how did Paul use these two words? In Romans 4, Paul used πιστευο for belief or believe.  He uses πιστις for faith.  Both words are strongly related and have meanings based on trust and trustworthiness.[1]  Interesting is the word used for unbelief (vs. 20) απιστα which means a lack of trust.[2]  So the two words πιστις and πιστευο are synonymous and can be used interchangeably.  More importantly, the words need to be read with an understanding of trust.  So, for example, vs. 13 should be read:

“As it is written: I have made you the father of many nations. He is our father in God’s sight, in whom Abraham believed (trusted) the God who gives life to the dead and calls things into existence that do not exist.” 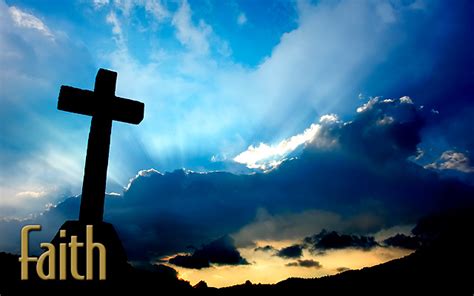 Abraham was unique to the Jewish history in that he was the one whom God chose to start a nation.  Coming from a pagan and polytheistic background, Abram left all he knew to follow the one true God.  Paul latches onto this remarkable fact in Romans 4 and lets his audience know that Abraham, father of all Jews, was credited with righteousness before he was under the law – circumcision.  This news was a tremendous relief to his Gentile audience and a tremendous challenge to his Jewish audience.  But this fact has a resounding message for us today.

Legalism in the Church today is another form of Pharisaical impositions. Legalistic thinking requires that one is Sanctified before one is Justified or Saved.  One needs to follow the rules of dos and don’ts to stand clean before God.  Sounds like OT Law to me.

I have a first-hand view of how this works.  When I was young, my parents sent me to a very legalistic Christian School.  This school was very concerned with how people looked, spoke, acted, and thought.  They were not concerned with grace, love, or mercy.  In the 18 months I went to that school I never once heard the Gospel.  I did hear a lot about how my hair was too long and how my taste in music was sinful.  By the grace of God, I could overcome these experiences.  However, my sister is an atheist today because of those experiences.  The lesson is that whenever we supplant the cross of Christ for a system, an idol, a set of rules, whatever, we are left with emptiness because we have not embraced the actual message of grace.  Abraham was credited with righteousness because he put his full faith and trust into the living God.  I am transformed by the power of the Holy Spirit when I bow my knee and the cross and put my full trust into Jesus as my Savior.  No amount of work will ever supplant the work Jesus did on the cross and in my life.