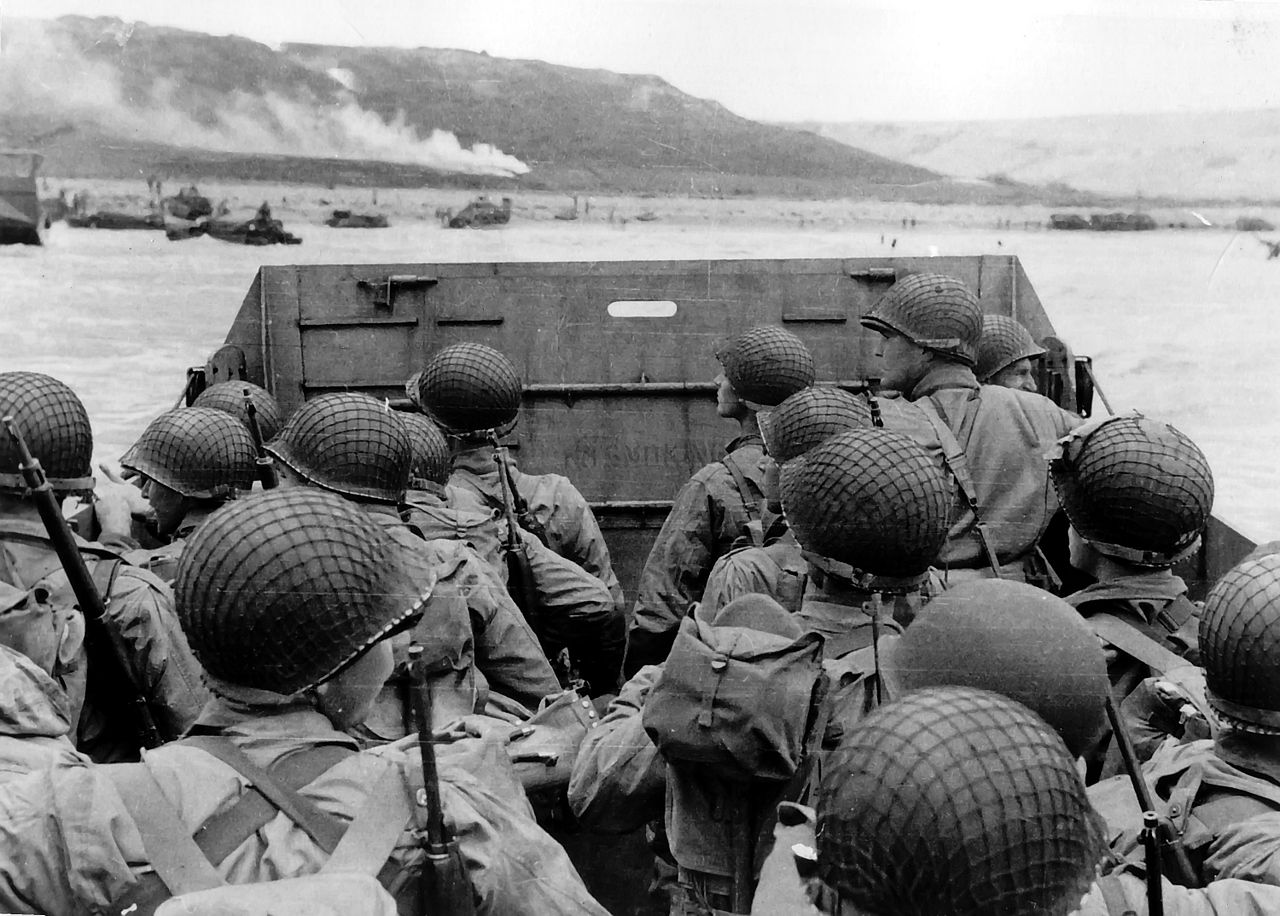 When the British, Canadian, and American soldiers invaded Normandy on D-day, they knew what army they belonged to. Although some, if not most, had been conscripted for duty, it is undeniable that most of the soldiers involved in that day were there of their own volition. They wanted to be there. They knew the enemy that was before them was profoundly evil. The Allied soldiers of D-Day knew that the army was a part of had a great and good task ahead of them. It would be a bloody and horrible battle. However, the strength of that army laid in the convictions behind why there were there. It was also an army that was destined to win the war.

In writing this blog, I am sensitive that there may be folks who come from a Reformed Calvinistic perspective. That is fine. If you hold to the position that God predetermines who is saved, I ask that you only read the following with an open mind. To fully understand your position, you need to be able to argue your opponent’s side faithfully. When you can do that, you can enter into conversations with mutual respect and civility.

Before going into exegesis, I want to clarify what I mean by free will. The free will of a creature depends upon that creature’s nature. I have a cardinal living in my back yard.

That cardinal has the free will to fly to the top of my house, and then fly over to our neighbors’ yard. While I have the free will to go up to the top of my house, and I have the freewill to leap off, I do not have the freedom to fly on my power. It is not in my nature. My nature requires that the limitation of gravity take over. The freedom of a creature is not unlimited but limited. With that understanding of free will, let’s jump into the text.

When examining Ephesians 1:1-14, most teachers and preachers start with vs. 3. But it is vitally important that we begin with vss. 1-2 to gain a fuller understanding of the passage (as well as the rest of the book of Ephesians):

Paul, an apostle of Christ Jesus by God’s will: To the faithful saints in Christ Jesus at Ephesus. Grace to you and peace from God our Father and the Lord Jesus Christ. (Ephesians 1:1-2 CSB emphasis mine)

Paul is an apostle, according to God’s will. This designation indicates how he has been chosen for ministry. It does not suggest that Paul had no choice in the matter. He was destined by God to be an apostle, but there is no indication that he was arbitrarily determined to be that apostle. More on that later.

Next, let’s look at πιστοῖς ἐν χριστῷ Ἰησοῦ, the faithful (saints) of Jesus Christ. The word for faithful – πιστοῖς – refers to those who have willingly put their trust in something. In this case, it is in Jesus. This group is identified as those who have voluntarily decided to follow Jesus. The meaning of πιστοῖς cannot in any way connote an outside force predetermining that trust. It is an act of the individual agent, which then puts that agent into the group.

With this context in mind, let’s move to vs. 3:

Blessed is the God and Father of our Lord Jesus Christ, who has blessed us with every spiritual blessing in the heavens in Christ (Ephesians 1:3 CSB)

Again, keep in mind who the “us” is. Because the group of the faithful put their faith in Jesus, God has now blessed them with all of His blessings.

Now, to the sticky part:

He predestined us to be adopted as sons through Jesus Christ for himself, according to the good pleasure of his will, to the praise of his glorious grace that he lavished on us in the Beloved One. (Ephesians 1:5-6 CSB)

Predestined προορίζω – to limit in advance, i.e. (figuratively) predetermine: — determine before, ordain, predestinate. Now here we have the language of predetermination. But precisely who is predetermined? It is the group of the faithful who have put their trust in Jesus. It is the group that has been predestined, not the individuals within the group.

As an illustration, when I used to live in Massachusetts, my office was in Cambridge, MA, and I lived in Cape Ann, MA. I had several methods of getting to the office, and one of those methods was the commuter train. This train would take me from my town to North Station in Boston. The train was predestined – predetermined – to go to North Station. Those that chose to ride the train and not get off at any of the stops were also predestined to go to North Station because they decided to get on and stay on the train.

Now for the next section:

In him we have redemption through his blood, the forgiveness of our trespasses, according to the riches of his grace that he richly poured out on us with all wisdom and understanding. He made known to us the mystery of his will, according to his good pleasure that he purposed in Christ as a plan for the right time — to bring everything together in Christ, both things in heaven and things on earth in him. (Ephesians 1:7-10 CSB)

Here we see the exclusivity of the group. There is redemption and forgiveness through the blood of Jesus. This plan of salvation was God’s predestined plan from the beginning, and there was no other plan. This plan speaks to the limited nature of free will. I cannot choose any other way to God other than through Jesus. It would be like saying the train to Boston is the only method for getting to North Station. I cannot drive, walk, fly, or parachute. I can only take the train. I can choose whether or not to get on the train or even stay on the train, but the train is the only predetermined way to get to my destination.

In him, we have also received an inheritance, because we were predestined according to the plan of the one who works out everything in agreement with the purpose of his will, so that we who had already put our hope in Christ might bring praise to his glory. (Ephesians 1:11-12 CSB emphasis mine)

Because we have chosen to join the predestined group – the faithful saints in Jesus – we participate in that predetermined state of forgiveness and unity with God. God worked it out for us. Now notice this phrase: “so that we who had already put our hope in Christ.” Is this not the language of choice? We members of the group have put (chosen to place) our hope in Christ. Our decision to follow Christ brings praise to His glory.

In him you also were sealed with the promised Holy Spirit when you heard the word of truth, the gospel of your salvation, and when you believed. The Holy Spirit is the down payment of our inheritance, until the redemption of the possession, to the praise of his glory. (Ephesians 1:13-14 CSB)

The question then comes back to us as individuals. Have we made that decision to join God’s army in spiritual warfare? Have we put our faith – our trust – into Jesus as the only means to be unified with God (which is guaranteed by His predetermination), or have we chosen to reject that offer of grace?

A Reflection on 2 John

Women’s Teaching Roles in the Church