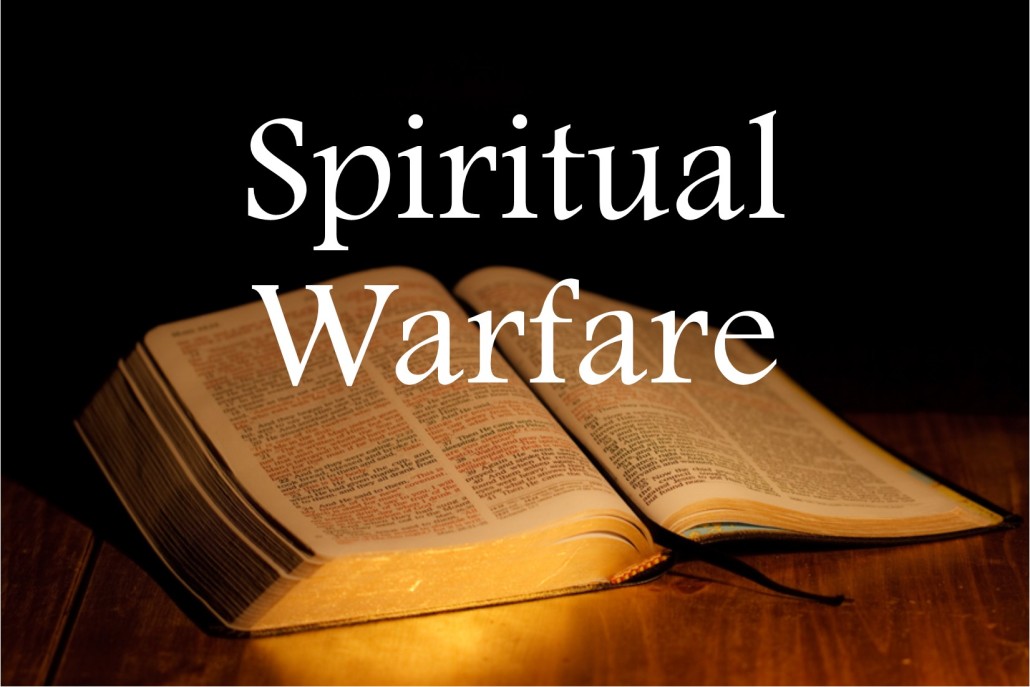 The great British journalist Malcolm Muggeridge once said that “The depravity of man is at once the most empirically verifiable reality but at the same time the most intellectually resisted fact.” The human condition of war is evidence of that. War involves pain. War involves sacrifice. War involves death. While war is identifiable, the pain, sacrifice, and death are the results of the kingdom of the enemy. That is what is resisted.

The thief’s purpose is to steal and kill and destroy. John 10:10a (NLT)

God created humanity to have intimate fellowship with Him. When humanity rebelled and was thrust out of God’s presence (the Garden), then the enemy – the Satan (accuser) had complete access to this world. Satan has and had dominion over this world. However, God started His rescue plan for His creation, and you can see the development of that plan from Moses to John the Baptist. God’s work with the people of Israel was similar to small skirmishes in the war. But the main invasion force started in full with the arrival of Jesus. Through His ministry, His death on the cross, His resurrection, and His sending of the Holy Spirit, the main force – the Kingdom of God – could arrive on the beaches of this world to begin God’s reclamation of His creation.

In Acts 2, when the first Christians received their supernatural commissioning to bring the gospel to all ends of the Earth, the main invasion force had indeed arrived in full strength. But unlike human / Satanic warfare, the warfare of the kingdom used the weapon of love. Love is the primary weapon and ethic for the Kingdom of God and can overcome any foe.

In my series on spiritual warfare, I wrote that we are not fighting against people but supernatural forces.

Put on the full armor of God so that you can stand against the schemes of the devil. For our struggle is not against flesh and blood, but against the rulers, against the authorities, against the cosmic powers of this darkness, against evil, spiritual forces in the heavens. Ephesians 6:11-12

So when we see people who are obviously influenced by the enemy, we must see them as prisoners of the enemy – and not the enemy themselves. Taking this view allows us to love those who mate hate us. All Satan can offer is anger, hatred, destruction, looting, rape, violence, etc. What God offers is hope, healing, love, redemption. When we become Christ-followers, we are filled with the Holy Spirit and are enlisted into the army of Love – the Kingdom of God.

Therefore, we need to fight our battles differently. Instead of harsh words, we offer words of truth and love. Instead of violence, we offer reconciliation. As Paul wrote to the Corinthians:

For although we live in the flesh, we do not wage war according to the flesh, since the weapons of our warfare are not of the flesh, but are powerful through God for the demolition of strongholds. We demolish arguments and every proud thing that is raised up against the knowledge of God, and we take every thought captive to obey Christ. And we are ready to punish any disobedience, once your obedience is complete. 2 Corinthians 10:3-6 (CSB emphasis mine)

Let’s break down this text with some observations:

This passage describes our job as citizens and soldiers in the Kingdom of God. We have the authority and the power through the Spirit of God to break strongholds of the enemy. We are called to demolish the strongholds of addiction, lust, hatred, idolatry, physical, emotional, and mental illness, and more. As noted above, one of the biggest strongholds is unbelief. The non-believer does not put their faith, hope, and trust in the Savior Jesus. The Christian – who is more concerned with morality, right doctrine, or outward appearance – employs unbelief when they do not believe God will do what He said He was going to do through us.

When we are walking in the Kingdom of God, and we are turning our thoughts captive to Jesus, then we can engage in the spiritual warfare that surrounds us. We can engage these battles with full confidence and knowledge that the battle can be won and that the battle has already been won. For it is through Jesus and the power of the Holy Spirit with the authority of the Father that we can engage the enemy with the sureness of victory.

The “god of this world” knows how to blind our hearts, to spread a cloud over our understanding, and to obscure the light of those truths which, at other times, shine as bright as the noonday sun. By this means he assaults our faith, our evidence of things unseen. He endeavours to weaken that hope full of immortality to which God had begotten us; and thereby to lessen, if he cannot destroy, our joy in God our Saviour. [1]

To his “fiery darts,” — his evil suggestions of every kind, blasphemous or unclean, though numberless as the stars of heaven, — oppose “the shield of faith.” A consciousness of the love of Christ Jesus will effectually quench them all.

Jesus hath died for you!

What can your faith withstand?

And who Shall pluck you from his hand?[2]

The Awesome Power of Worship